Build a Bridge Between Current Practice Value and Financial Goals

Grow or Die : Complacency is a Practice Killer
If you get accustomed to making a comfortable income from a practice with flat growth,
you may face a sobering reality when it’s time to sell. Execute a detailed financial plan
for continued growth—and reach your financial retirement goals.
Human nature tends to suggest we can relax when we have achieved our goals. This works if our goals are set properly. The principle applied to independent optometry has created too many complacent doctors, unable to retire or compete with commercial optometry. Private optometric practice owners’ goals are often deficient or non-existent. Sound harsh? Follow the logic.
Most doctors work to the point of making adequate income based on their desired lifestyle, relative to the cost of living in their community. Once achieved, they focus on other goals or outside activities and stop driving practice growth. Competitive advantages of a large practice are not fully realized. The practice may be precluded from: utilization of multiple doctors that could offer specialty services; ability to open nights and weekends;
the advantage of quantity discounts on frames and other materials; and other advantages related to economies of scale (also known in the business world as “operating leverage”). Here are tips to set the financial plan you need to successfully compete.
Accordion 1

Since practice value is a multiple of practice net cash flow, practice value does not increase when there is no growth in net cash flow. When the doctor reaches retirement age, too often the practice value is insufficient to fund
retirement.
Example:
A practice with $600,000 gross collected revenue (“gross”), $162,000 net cash flow and no debt will provide a nice living for an independent practice owner located in most cities. Net cash flow in this example represents 27 percent of gross (“net to gross ratio”) which is the industry average. At this point, many doctors tend to focus on lifestyle and stop growing the practice. This practice generally will be valued somewhere between $300,000 and $400,000 assuming there are no major deficiencies. Sale of the practice alone will not fully fund retirement.
By continuing to grow the practice properly and managing expenses, you
should be able to increase your personal income, practice value and retirement
funding. Since a $600,000 grossing practice requires about five OD
days per week to operate, any growth should require additional doctors in
the practice. This can allow you the scheduling flexibility to take time off
without sacrificing practice growth or income.
For example purposes, let’s say over time the practice doubles its gross and
the net to gross ratio remains at 27 percent. The practice value would double
to between $600,000 and $800,000 due to the increased net cash flow. But
other net cash flow improvements generally occur as volume increases due
to economies of scale. Material costs should come down due to larger
vendor discounts, reducing cost of goods sold as a percentage of gross.
Since the practice gross has increased with the same rent and utility costs,
the percentage of occupancy expense to gross goes down. The result, in this
example, is the net to gross ratio improve from 27% to 30%.
Therefore, the value of the practice in this example could increase to
between $720,000 and $900,000 ($1.2 million Gross x 30% Net to Gross
Ratio x 2.0 to 2.5 value multiple estimate).
Accordion 2

Determine the Difference Between Wealth Target and Current Value of Assets

You may need third-party assistance determining the difference between
your wealth target and current value of assets. Vision One Credit Union can
provide tools and support to help a doctor transform their practice into
a pathway to personal wealth. Understanding the relationship between
practice net cash flow, value and wealth is a start. For example, we take
ODs through our Private Banking Services to establish what we call
“Your Personal Plan,” a process that involves wealth goal setting and creating
a plan specific to your situation to achieve it. A valuation of your assets will
be performed, including the practice. The difference between your wealth
target and the current value of your assets will determine the amount of wealth
that needs to be created (also known as the “GAP”). We have the resources
to help doctors develop and implement wealth strategies both inside and
outside the practice. A practice growth plan can be designed to fit the
remaining term of your career. In addition, Vision One Credit Union can
provide the capital to qualified practices for needed practice wealth building
investments.
Accordion 3

Opportunities Open When in Control

By establishing your overall financial plan you will create the context to
operate your practice and transform it into a pathway to wealth. Sticking
with the plan will avoid the complacency trap. The resulting practice growth
should create economies of scale, reduced costs and enhanced service
levels to help out perform commercial optometry….and you just might
make more money in the process.
Accordion 4

Written by: Bob Schultz, President & CEO of Vision One Credit Union
Originally published in the Review of Optometric Business 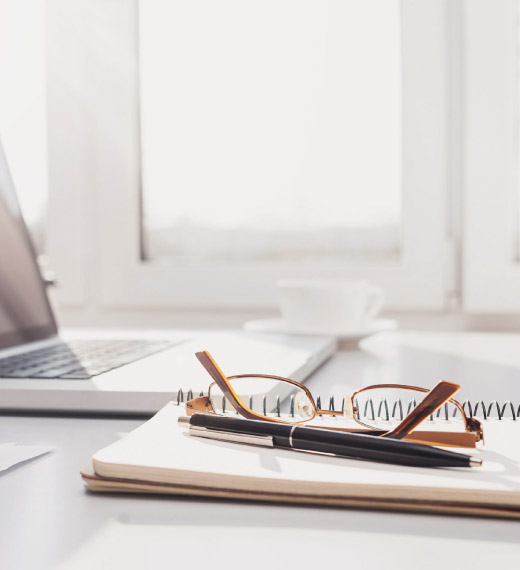